Getting around in the Netherlands 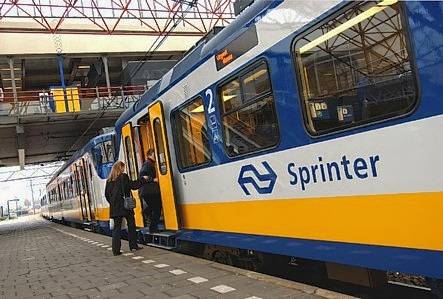 The Dutch Railway Company NS (Nederlandse Spoorwegen) operates on the routes of the highly developed Dutch rail network. The Intercity – is an express, limited-stop service, only available at major railway stations, and the Sprinter - a local service, stopping at all the stations along the route. With the exception of a few rural lines, the minimum weekday frequency for both train types is one train every 30 minutes. In the western part of the Netherlands, the rail system resembles a large urban network with up to 12 trains per hour on main routes.
In the Netherlands the combination of bicycles and railways functions harmoniously. Apart from during the rush hours, all domestic trains will carry bicycles in the luggage compartment.


By bus and tram

In the Netherlands buses are used mainly in towns and in the smaller regions, but do not run between them all. In addition to the national bus system, some larger towns (e.g. Amsterdam, Rotterdam, The Hague) have their own public transport systems with tram, bus and metro networks. Buses do not carry bicycles in Holland.

Ferry boats are very much part of the Dutch landscape. For centuries these boats have linked communities across large and small rivers, as well as linking the islands to the mainland. Today they still play an important role in the public transport system, both economically and from a recreational point of view. There are also larger ferries, that operate between the northern province of Friesland and the Wadden Islands. There is a long-distance ferry between the provinces of North Holland and Friesland, that crosses over the IJsselmeer Lake. When cycling, it is impossible to avoid the numerous ferries, some of them with very short, direct connections across rivers and canals. Sometimes they are suitable for all types of traffic and sometimes they are only suitable for cyclists. Most river and canal ferries operate from dawn till dusk, but schedules can vary.

Taxis offer an alternative to buses and trains, although they are much more expensive. All registered taxis have blue license plates - tourists are advised to avoid unlicensed taxis. A minimum charge is built into the taxi meters. If you negotiate a price before you step in, the price you eventually pay will be either the negotiated price, or the metered price, whichever is the cheaper.
Share
Accept
This website uses cookies to save your search preferences on this website, thereby improving your user experience. In addition, we place cookies for measuring and tracking visitor statistics. By clicking Accept, or continuing to use this site, you agree with this.