The ‘guilder’ served as the Dutch currency from 1680 to 2002. Along with many other European Union countries, the Netherlands adopted the Euro as its monetary unit in 2002. The symbol for the Euro is “€” and the official abbreviation is “EUR”.

The most common methods of payment for goods and services in the Netherlands are cash and debit cards (the latter use a PIN number to authorize payment) - you will often hear Dutch people ask if they can pin for something when wanting to pay. It is quite common for people in Holland to use cash, even for large purchases.
Credit cards are not used as widely as in the USA, but are accepted in most hotels, restaurants and supermarkets. A credit card is required when making hotel or car rental reservations in the Netherlands. Credit card transactions are authorized in combination with a PIN code, rather than a signature. 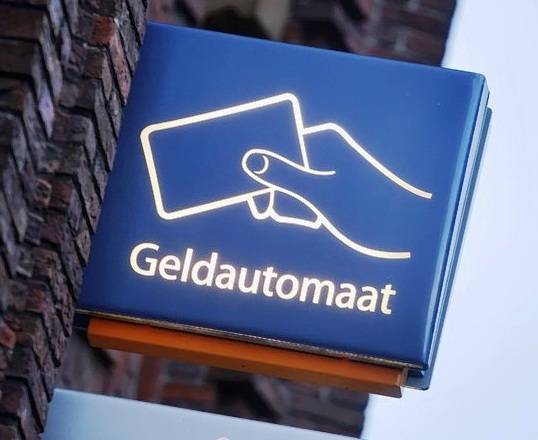 The use of ATMs (geldautomaat or pinautomaat in Dutch) is widespread in the Netherlands. Even the smallest villages have them, and they are accessible 24 hours a day. You can pick up money from most ATMs using your foreign bank card provided that it has the Cirrus and/or Plus logo. ATM bank card withdrawals give the same wholesale exchange rate as credit cards, but there is often a limit on the amount of money you can withdraw each day (usually around the equivalent of USD 500). There is typically also a surcharge of 1-5% per withdrawal. ATM withdrawal is usually much cheaper than changing your foreign bank notes at a bank or foreign exchange shop.

Travelers Cheques (including Eurocheques) are used less and less in the Netherlands, and it can sometimes be pretty difficult to find a bank that will change them for you. Traveler's Cheques are insured against theft and loss, and the best ones are issued by American Express and Thomas Cook. Note that a fee is charged when cashing unused cheques after your return.
Share
Accept
This website uses cookies to save your search preferences on this website, thereby improving your user experience. In addition, we place cookies for measuring and tracking visitor statistics. By clicking Accept, or continuing to use this site, you agree with this.