Manners and habits in the Netherlands

Dutch society is egalitarian, individualistic and modern. The people tend to view themselves as modest, tolerant, independent and self-reliant. The Dutch value education, justice for all, hard work, ambition and ability. They are proud of their cultural heritage, rich history and involvement in international affairs. 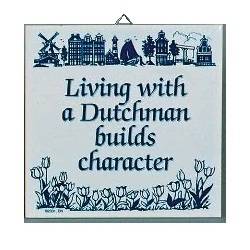 Dutch people have an aversion to the non-essential. Self-control is seen to be a virtue and the saying, “Act normally, that’s crazy enough”, fits the Dutch like a glove. Ostentatious behavior is to be avoided. Accumulating money is fine, but the gratuitous spending of money is considered rather immoral and associated with being a show-off. Dutch manners are frank with a no-nonsense attitude - informality combined with adherence to basic etiquette. This might be perceived as impersonal by some other cultures, but is the norm in Dutch culture. The Dutch people are quite open-minded, but at the same time they are a very private people. They are not easily offended if you do not behave strictly according to the their manners. Asking about the basic rules is not considered impolite.
•     As always, manners differ between groups.

Informal greetings are limited to “hello” (hallo) and “goodbye” (tot ziens) - the American “How are you?" or "Hi, how are you doing today” are hardly used.
When introducing themselves, the Dutch shake hands, have eye contact and say their name (first and/or surname). Only very close friends kiss cheeks three times. Men do not kiss men, and sometimes hug.
When entering small shops, cafes or waiting rooms where other people are present, the Dutch 'greet the room' as they enter with a general "good day/morning/evening" (dag).
It is polite for passers-by (e.g. on a bicycle) to greet each other in otherwise relatively quiet locations, especially in the countryside, and even when they are strangers. This greeting is usually limited to a gesture and a simple “hello” or “good day”, and rarely involves actual conversation.

The Dutch avoid positive superlatives. Compliments are offered sparingly. When something is "not bad", "okay" or "nice", it should be perceived as praise for the recipient. On the other hand the Dutch can be very direct in their communications and do not have a problem with saying “No” directly to someone's face. A negative, “I think you made a wrong decision”, or “Yuck, that’s disgusting”, may sound blunt, but is not considered impolite.

Internationally, the Dutch are considered to be proficient at speaking foreign languages. This is because the education system in the Netherlands is of a high standard and tends to focus on the international position of the country.
According to a recent census, about 85% of the Dutch people are able to speak reasonable English, although clearly marked by an accent. Linguistic fluency differs from individual to individual. German and French are the second and third foreign languages, but they are less common than English.
Trying to address the Dutch in their native language may result in a reply in English. Dutch people welcome the opportunity to try out their English skills.
In Dutch, it is possible to politely ask for something without saying the equivalent of "please". So Dutch people speaking English will often not say "please" when asking for something. This may be misinterpreted by native speakers of English as rudeness, but is not intended that way. 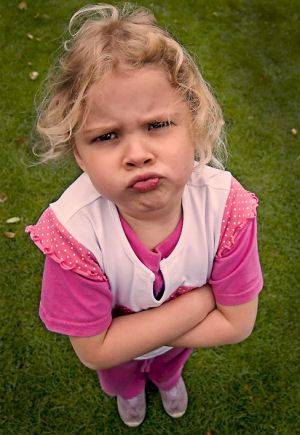 The Dutch use a lot of eye contact when speaking to people. To a foreigner this may seem intimidating, but looking away or staring at the ground is considered impolite and may be perceived as showing disinterest.
Compared to most cultures, the Dutch are reserved in public and do not often touch each other, they maintain the proper distance, and do not use exaggerated gesticulations. However, having your hands in your pockets might be interpreted as a sign of disinterest.
Winking at strangers will generally be perceived as offensive or even as a sexual advance and is unlikely to be appreciated.
When yawning, coughing or sneezing, you are supposed to cover your mouth with your flat hand or fist.
Share
Accept
This website uses cookies to save your search preferences on this website, thereby improving your user experience. In addition, we place cookies for measuring and tracking visitor statistics. By clicking Accept, or continuing to use this site, you agree with this.