Eating and drinking in the Netherlands 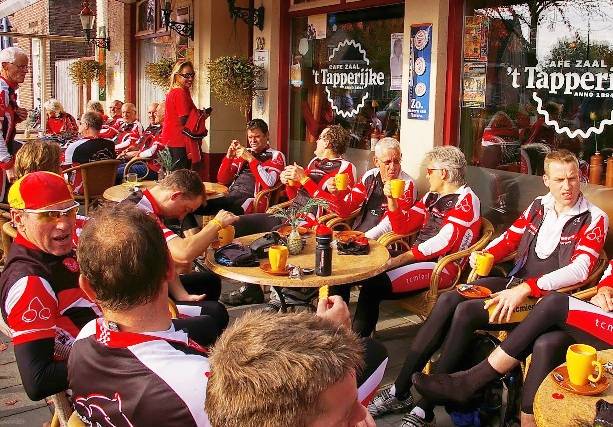 Dutch cuisine has evolved through the agricultural produce available, and of course the history of the Netherlands. From the 17th century onwards, when the Dutch started sailing around the world, many culinary delights were introduced to Holland by the returning explorers. You can expect to find food originating from the Mediterranean and as far away as China, Indonesia, Japan and even Africa being served up on Dutch dinner tables and in restaurants.
The Dutch drink a lot of tea and coffee, which is served at more or less fixed times (eleven o’clock in the morning and three o’clock in the afternoon). Children are allowed in bars and cafes, but are not allowed to drink alcoholic beverages under the age of 18. Beer remains the everyday light alcoholic drink of the Dutch. Famous breweries include Heineken, Amstel, Grolsch, Bavaria, Hertog-Jan and Oranjeboom. Jenever is the favorite Dutch spirit and similar to gin. Late afternoon is usually the time for a strong alcoholic drink, or borrel as the Dutch call it. 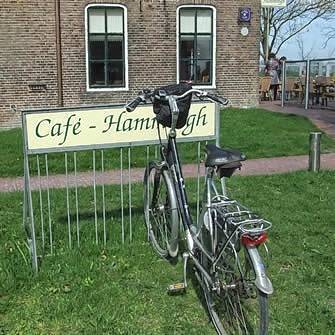 The Dutch eat early: often around six o’clock, though increasingly after eight o’clock in the evening. It is normal to stay for an hour or two after dinner.
When you go to up-market restaurants, you have to wait until the head waiter (maître d’hôtel) welcomes you and takes you to your table. In less formal restaurants and lunchrooms you can just take an empty table and wait for the waiter to come over. When in doubt, just wait or ask the staff.
Europeans generally eat holding the fork in the left hand and the knife in the right hand. In restaurants it is seen as a little awkward when only the fork is used in the right hand. Many Dutch even eat bread with a knife and fork!
Restaurant bills normally include Value Added Tax (BTW in Dutch) and a service charge, so it is not really necessary to tip. If you feel the service was exceptional, you can leave a tip of around 10% in addition to the amount on the bill. 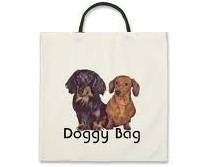 Although Americans are used to asking for doggy bags, this is considered ‘not done’ or ‘not classy’ in Holland (and most other European countries). One of the reasons might be that portions are smaller here and also the Dutch consider food left on the plate to be scraps, and not to be eaten later.

Kaas - Holland is justifiably famous for its kaas (cheese). Among the best known types are Gouda, Edam and Alkmaar cheeses and there are also interesting locals varieties with strong and often complex flavors. Cheese is usually served in slices and eaten on bread or cut into small cubes and eaten along with (alcoholic) drinks.
Vla - A thick sweet milk pudding (cold), which is similar to English custard, made mainly from milk and offered in a variety of flavors ranging from vanilla and chocolate to strawberry. If you get the chance, you should also try hopjes-vla and bitterkoekjes-vla.
Karnemelk - Literally churned milk (buttermilk)], it is thin in substance and rather sour. Good for your health, but you have to acquire a taste for it.
Poffertjes - These resemble very small pancakes and are traditionally served warm with a lump of butter and lots of powdered sugar sprinkled on top. Served at market stalls called poffertjeskraam and also restaurants.

Stroopwafel - A unique type of cookie that has been around for centuries. Made with two thin waffles with a very special caramel filling. The waffle is cooked at a very high temperatures on a waffle iron then sliced in half. The syrup is then spread over the centre and the two halves come together again.
Vlaai - A pastry or a sweet tart typical of the southern regions of the Netherlands (Limburg and Brabant), but available throughout the country. They come in many different varieties and usually contain all kinds of fruit filling.
Hagelslag - Chocolate snips or flakes which the Dutch sprinkle over their bread. Nowadays they come in quite a number of shapes and chocolate varieties.

Muisjes - Literally meaning “mice”. This falls into the same category as hagelslag and is also used as a spread for bread. Of course the ingredients do not consist of an actual mouse, but from tiny aniseeds coated with a sugar.
Beschuit - Rusks. A light, thick and circular crispy toast. Served for breakfast with sweet or savory toppings. Traditionally served with twin-colored muisjes to celebrate the birth of a child. Blue and white for boys and pink and white for girls.
Drop - Sweet licorice candy that is produced in a very large range of shapes and flavors, including sweet and savory, and hard and soft. They are very popular with the Dutch and eaten regularly in large quantities. Foreigners normally have to acquire a taste for them.
Haring - Typical Dutch delicacy is the raw, salted sea herring, usually eaten with raw onions. You pick the fish up by the tail and let it slide into your mouth gradually as you bite off pieces chewing on the delicious flesh. Of course the head is removed and the fish has been cleaned. The first catch of the season is called Hollandse Nieuwe (literally “Dutch new”) and is considered a special treat.
Stampot - This is a very down-to-earth meal consisting of mashed potatoes with a variety of ingredients including carrots (wortel stamppot or hutspot), curly kale (boerenkool stampot) or endive (andijvie stamppot) and usually served with rookworst, a delicious, smoked, juicy sausage.
Erwtensoep – Dutch pea soup is a meal in itself. Made from a base of mashed peas and full of fresh winter vegetables and chunks of bacon and sausage. You should be able to stand a spoon upright in a good pea soup.
Share
Accept
This website uses cookies to save your search preferences on this website, thereby improving your user experience. In addition, we place cookies for measuring and tracking visitor statistics. By clicking Accept, or continuing to use this site, you agree with this.