What is considered typical Dutch music?

The Netherlands has many of its own music trends. Such as Nederpop and Nederhop. Many of the big names in Dance-music and other electronic music also come from the Netherlands such as Tiësto, Armin van Buuren, Martin Garrix, Hardwell, Afrojack & Ferry Corsten. They are known all over the world. But in the Netherlands also often the Dutch ‘Levenslied’ (songs of life) and ‘Smartlappen’ blow through the speakers.

Life song
Today the song of life is a song with a moral that gives a sentimental and melodramatic feeling, with the essence of singing about real life. In the 1950s, as a songwriter and producer, one of the country's greatest talent scouts, Johnny Hoes scouted various artists from the Amsterdam Jordaan. Because many famous singers of the life song for this reason often came from the Jordaan, this area was also often sung about in the life song.
In the 1980s André Hazes became unprecedentedly popular with the general public with his life songs. The same applied to Frans Bauer in the 90s. Yet it remained painfully clear that radio stations were not interested in Dutch-language music, and certainly not in life songs. The life song was mainly played by the pirate channels and small radio channels. After the 90s, however, the life song seemed to be increasing in popularity and it was played more often by the radio stations. Today, there are also radio stations that are specifically aimed at Dutch-language music, for example 100% NL.

Smartlap
In the smartlap, just like with the life song, real life is sung. In contrast to the song of life, the story of a smartlap has a head and a tail. The term smartlap has its origins in the 60s. The Singer Without Name (also called the "queen of the smartlap") was very successful in these years, but was not loved by everyone. The name Smartlap comes from an analogy of the two German words Schmachtlappen (which means swoon) and Schmachtfetzen (which means sentimental song). 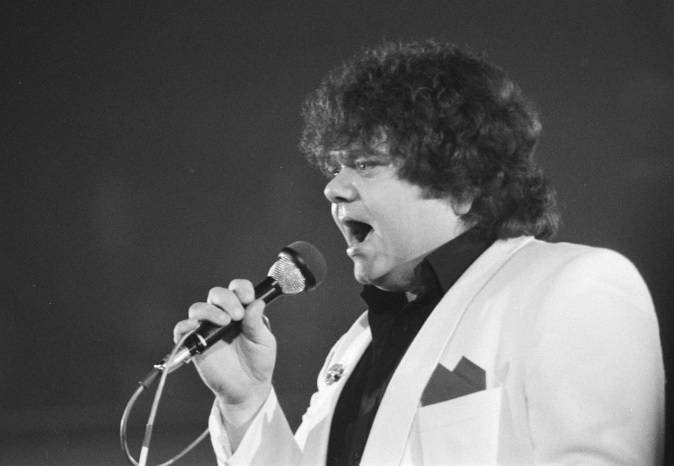 Source picture: https://fhm.nl/andre-hazes-15-jaar-overleden-hommage/
Written on: May, 06 2019
‹‹ Back to overview
Share
Accept
This website uses cookies to save your search preferences on this website, thereby improving your user experience. In addition, we place cookies for measuring and tracking visitor statistics. By clicking Accept, or continuing to use this site, you agree with this.
Click to close