What culinary kitchen does the Netherlands have?

The Netherlands for beginners!

Are you thinking about coming to the Netherlands? Every week we will post a handy fact about the Dutch for the absolute preparation!

Fact 3: Out for dinner
The Dutch like to go out for dinner. This can be done in all kinds of variants, from luxurious restaurants with high-quality culinary dishes to sandwich shops and snackbars. It is striking that the most 'Dutch' restaurants are actually the snack bars. If you look at the restaurant offer you will see that there are few restaurants that are largely or entirely based on traditional Dutch cuisine.

Often there is a varied international menu or a specialism in a foreign kitchen. For example, Chinese, Indonesian, Italian, Japanese, Mexican, Spanish and Greek restaurants are very popular in the Netherlands. In larger cities and especially in the Randstad you can see an even greater variety of international cuisines. Surinamese, Arabic, Thai, Turkish, Moroccan, Vietnamese, Indian or Russian. You can eat almost all tastes in the Netherlands. This is largely the result of migration from other countries and cultures, but also has to do with the curious mind of the average Dutchman.

What foreign guests often have to get used to is the opening hours of restaurants in the Netherlands. Dining is often possible early (from 5 or 6 o'clock in the evening). Chances are that if you walk into a restaurant at ten o'clock in the evening, you will be looked out again just as quickly as you have entered. Even for Dutch people who come to a fairly large number of foreign countries, this often takes some getting used to when they return to the Netherlands. After ten o'clock you are dependent on a shoarma shop or snackbar in many places. 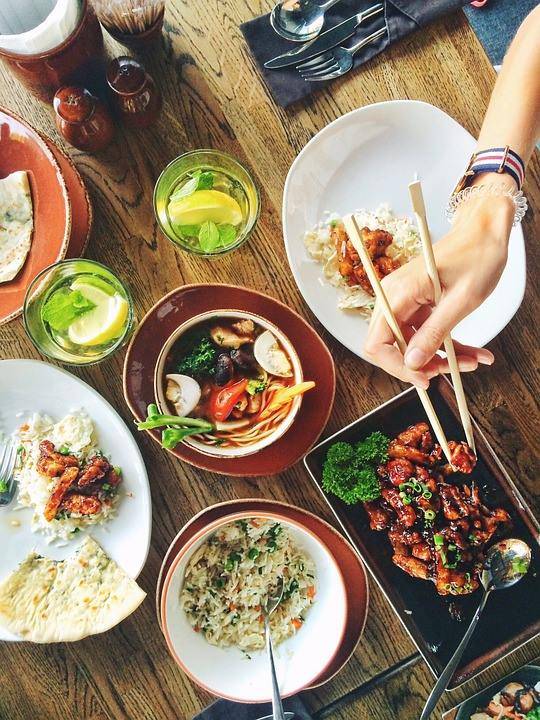 Source: https://www.nederlandvoorbeginners.info/
Written on: Nov, 19 2018
‹‹ Back to overview
Share
Accept
This website uses cookies to save your search preferences on this website, thereby improving your user experience. In addition, we place cookies for measuring and tracking visitor statistics. By clicking Accept, or continuing to use this site, you agree with this.
Click to close