One of our most booked tours is the Old towns and Villages tour. This is for a good reason one of the most popular tours. Especially for guest visiting the Netherlands outside of Amsterdam for the first time. The Old towns and Villages tour has it all. Beautiful nature, a great variety of highlights along the way and not to forget the beautiful historic towns and villages along the way.

Much history and culture is to be found in the towns of the Netherlands. Founded as outposts of the Roman army, or build later on by wealthy merchants during the “Golden Age” of the 16th century, there are many intriguing historical places situated all over Holland. The western region hosts the ‘Big Four’ cities; Amsterdam, The Hague, Rotterdam and Utrecht, but there are many other wonderful smaller towns that are well worth a closer look. These include Alkmaar, Delft, Gouda, Haarlem and Leiden. The past is alive and can be found all around! Holland has dozens of smaller historic towns and villages, and you can be sure that during your tour you will pass through more than one of these ‘hidden pearls’ where you will be able to experience medieval times from the saddle of your bicycle. Find more information on some of the towns that you'll pass during the Old Towns and Villages tour. Click on the town's name to go to the official web-page.

Haarlem
Haarlem is located just west of Amsterdam with excellent connection to the capital; 10 minutes by train with no transfers. Often dubbed "little Amsterdam," Haarlem has all the appeal of the capital city with none of the crowds. Visit the intimate historic town center with the Jopenkerk, a brewery housed in a converted fourteenth-century cathedral.

Delft
Delft is famous for its city canal infrastructure, which similar to Amsterdam. Don’t miss the unspoiled town's Renaissance architecture and Vermeer Centre museum (the Dutch painter, famous for such works as Girl with a Pearl Earring and The Milkmaid, was born and died here).

Gouda
Of course the city of Gouda is world famous for its cheeses and syrup waffles. But also the compact historic town center should not be missed. Wander through narrow picturesque streets, discover the cheese museum or stroll on over to one of the most beautiful market squares in Europe, dominated by an impressive town hall.

Rotterdam
The city of Rotterdam was heavily bombed in WWII but revived with amazing modern architecture. Well combined with the old harbour complexes and industrial heritage of this large harbour town.

Leiden
Patterned by canals. Leiden is the birthplace of the painter Rembrandt and has the oldest University of the Netherlands. Leiden is still an atractive city for students today.

The Hague
Amsterdam may be the capital, but the Dutch parliament meets in this stunning city on the North Sea. The Hague has some of the country's best museums, including an homage to M. C. Escher and the Mauritshuis (which houses The Girl with the Pearl Earring).

Nieuwkoop
Beautiful with its Nieuwkoopse Ponds, many of which are completely surrounded by water and accessible over individual bridges to the main road. 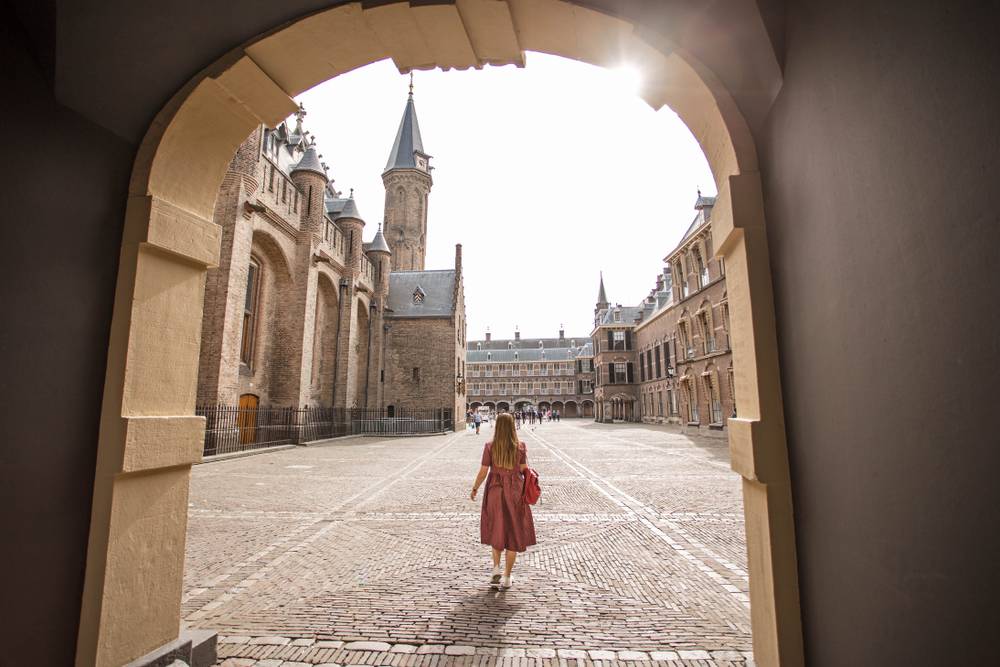 Photo: the Hague parliament building
Written on: Apr, 25 2020
‹‹ Back to overview
Share
Accept
This website uses cookies to save your search preferences on this website, thereby improving your user experience. In addition, we place cookies for measuring and tracking visitor statistics. By clicking Accept, or continuing to use this site, you agree with this.
Click to close