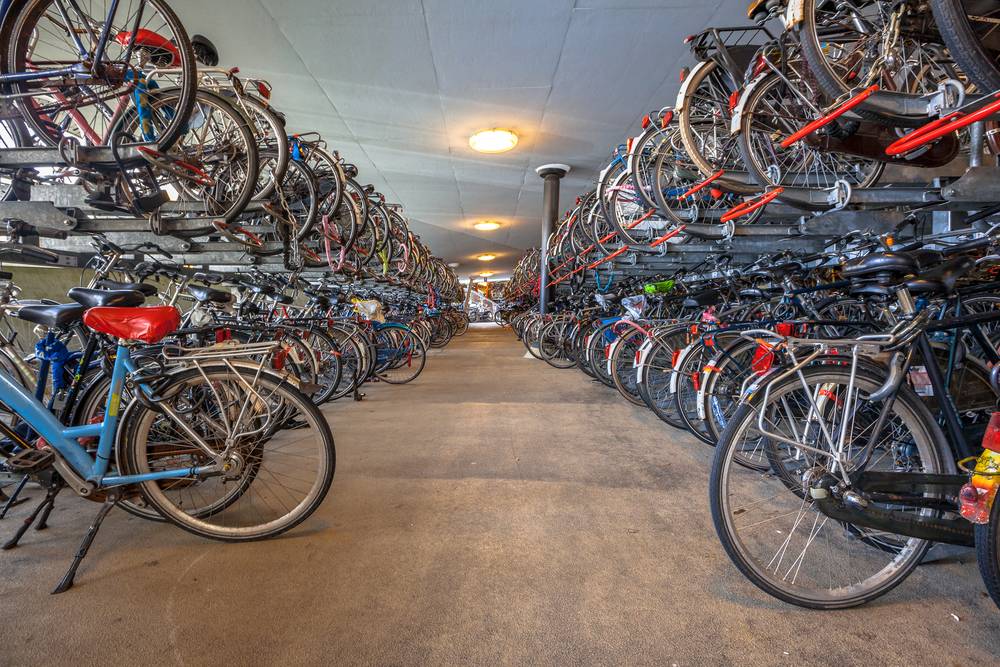 The system identifies vacant storage places at bicycle parkings and informs cyclists of them, as is commonly done by car parks.

As soon as a bicycle is parked, built in switches in the bike racks send a signal to a computer. Various monitors in the facility show up-to-date information to cyclists about available parking spots.

The system also detects bikes which are not collected by their previous owners any more. The facility manager can see how long any particular bicycle has been parked. If that period exceeds the announced time limit of ten days, the manager can act on it. Since the start of the experiment the number of available bike storage places increased to 30% by removing abandoned bicycles. All of this creates a more efficient use of bike storage places.

Source video: https://www.youtube.com/embed/zWESiQlmOC0 / Bicycle Dutch
Written on: May, 09 2013
‹‹ Back to overview
Share
Accept
This website uses cookies to save your search preferences on this website, thereby improving your user experience. In addition, we place cookies for measuring and tracking visitor statistics. By clicking Accept, or continuing to use this site, you agree with this.
Click to close