When to cycle in the Netherlands 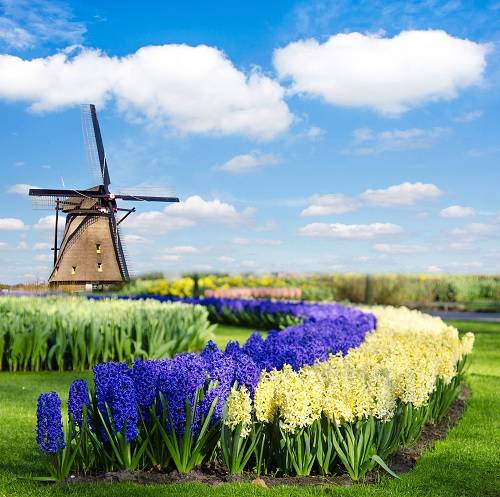 Holland is not a country of extremes and this also applies the weather. It is rarely too hot or too cold – due to its maritime (North Sea, Atlantic Ocean) climate. The country is small, and so there is little variation in climate from region to region. The best time for cycling in the Netherlands is between April and October (daytime average temperature 20°C/68°F). Rainfall is distributed throughout the year, with a dryer period between April and September. In April, early mornings can be chilly.
Holland Bike Tours operate tours from the beginning of April till the end of September.

>>   Because of school vacations in July and August, it is generally busier in or around the coastal beach resorts.
>>   Between the beginning of April and the second week of May, the famous Dutch flower bulb fields are in full bloom.
Share
Accept
This website uses cookies to save your search preferences on this website, thereby improving your user experience. In addition, we place cookies for measuring and tracking visitor statistics. By clicking Accept, or continuing to use this site, you agree with this.