Cycling safety in the Netherlands

Holland is one of the safest countries in the world for cyclists. Over the years, the level of safety has steadily improved and must also be set against the rise in the use of the bicycle. This all helps to make cycling in the Netherlands very pleasant, and safe.


Roads and bike paths in the Netherlands 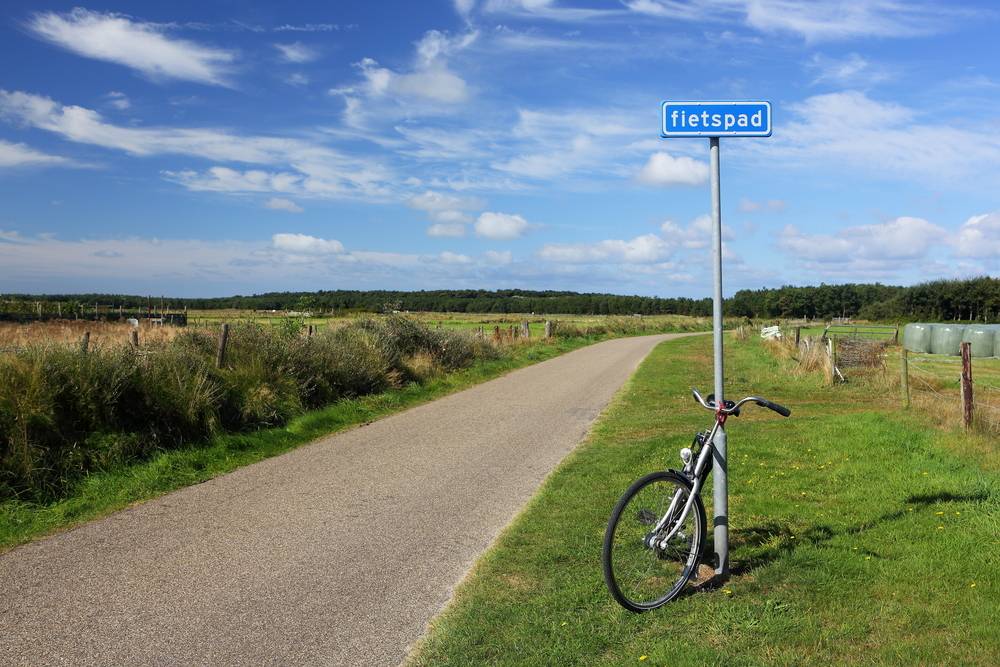 During your tour you will mostly cycle on a bicycle path or bike lane and sometimes you have to share quiet roads with motorized traffic. The many cycle paths (fietspad) in the Netherlands are well maintained, smooth, continuous, wide (4 mtr/13 ft is the standard for 2-way bike paths), and well separated from roads, even in residential areas. This unique cyling network spreads to every corner of the nation. They come with their own rules and traffic systems, including traffic signals and lights, roundabouts and tunnels.
The large number of cyclists means that the needs of cyclists are always taken into account in urban planning and improvements to the traffic infrastructure.

Cycling safety is not only a question good roads, signposting and traffic systems but also very importantly, it concerns the actual road user as well. As in any other country, there are motorists who think that they ‘own’ the road.
In Holland motorists can anticipate the cyclist’s next move and they appear to pay more attention to cyclists than in many other countries - don’t forget that most auto drivers here are also cyclists! Despite the excellent cycling infrastructure, please never think of yourself as the ‘king off the road’ when on the bike paths in Holland – you also have to share them with all the other slow and fast cyclists, and sometimes with light mopeds.


Traffic rules in the Netherlands 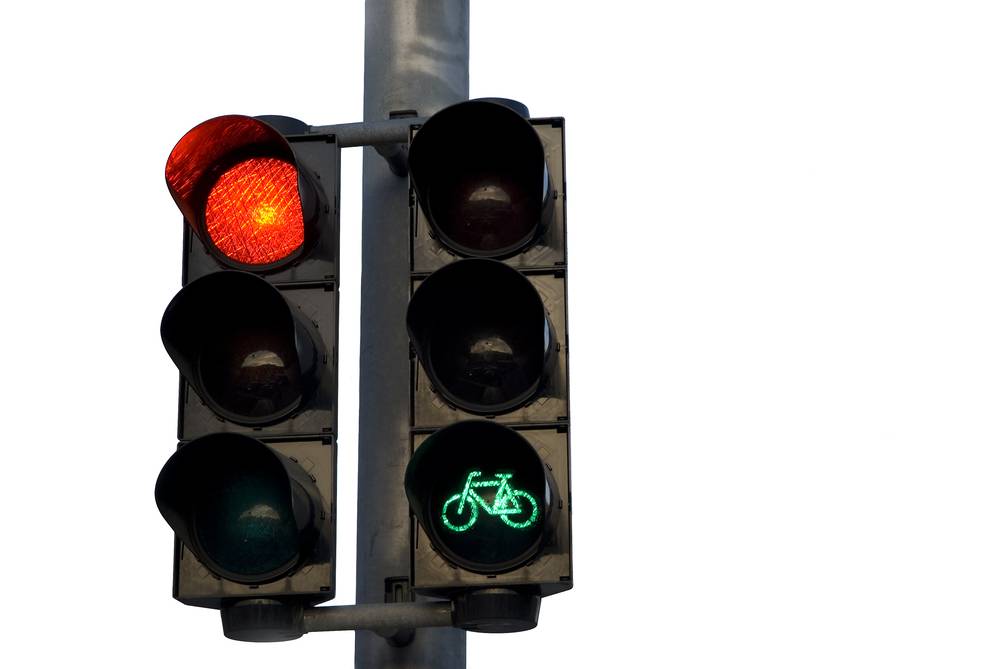 The general traffic regulations in Holland are very similar to other (western) countries.  All road traffic travels on the right, and the road signs are easy to understand. According to Dutch traffic law, bicycles sometimes have their own special regulations and traffic behaviour advices. These may differ from those for motorized traffic, and also from bicycle regulations in other countries.
››    You will receive full details on Dutch traffic rules for cyclists with your tour information.


Helmet legislation in the Netherlands 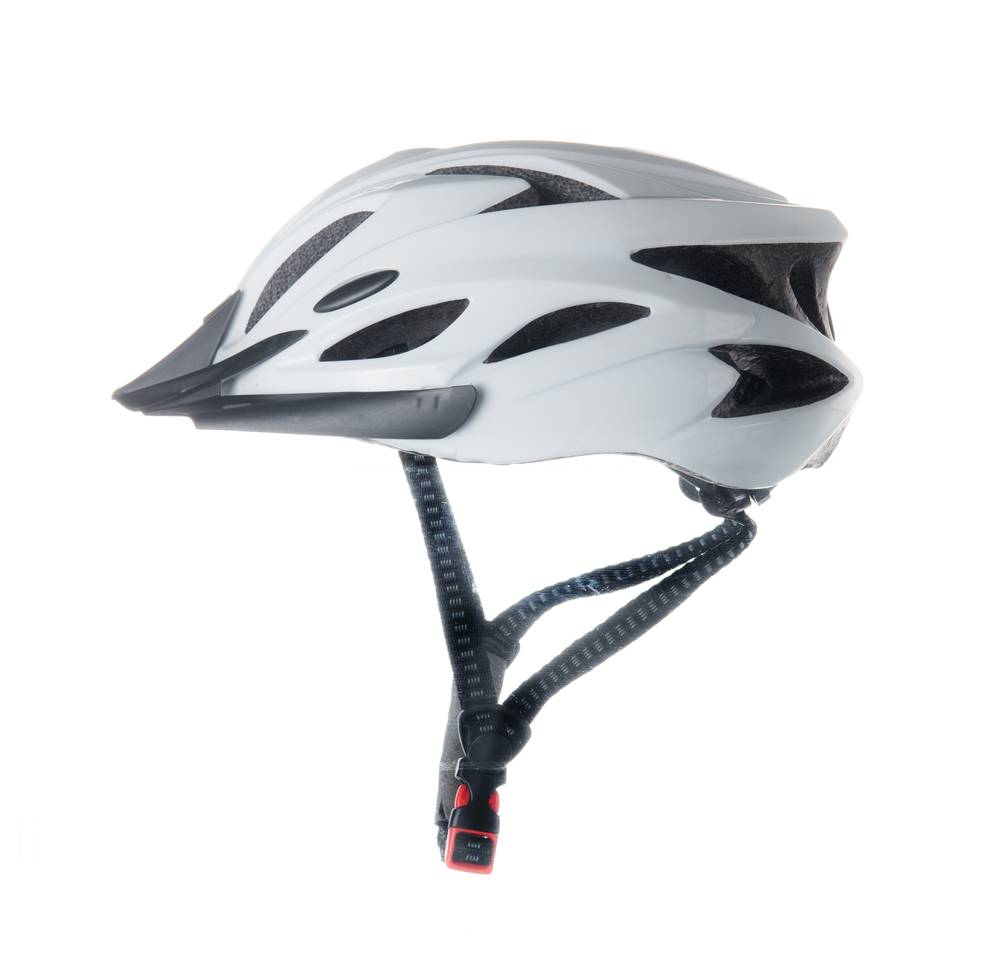 There is no legal obligation to wear helmets for cycling in the Netherlands. This is only mandatory for organized racing competitions. For everyday recreational cycling, helmets are rarely worn, as most people have a style and speed of cycling where this is considered to be unnecessary. Most riders doing a (faster) road biking tour wear helmets though.
Although Dutch people may find it a little out of the ordinary to see recreational cyclists wearing helmets, no offence is meant by this reaction. So, if you're used to wearing a helmet, or you feel uncomfortable without one, don't hesitate to put one on.


Liability relating to cyclists in the Netherlands

In some countries cycling is seen as a source of danger, which sometimes ends up in an anti-cycling attitude. Dutch philosophy with respect to cycling is different, and the government has brought in legislation stating that the motorist is primarily liable for damage incurred in accidents involving cyclists - the "Strict Liability" policy. However, cyclists remain responsible for their own traffic behavior. They can be fined for traffic violations, and if their traffic behavior has further consequences, then a court is at liberty to make a judgment. Furthermore, cyclists who have been found guilty of traffic offences are liable for the damage caused to the motor vehicle. Although cyclists can claim damages, whether or not they have been judged responsible for causing an accident, because of their greater vulnerability on the road. Motorists are legally obliged to insure themselves against this type of accident, and the insurance companies must honor these claims.


Bicycle theft in the Netherlands

Holland also experiences bicycle theft just like anywhere else in the world. The problem is at its most severe in the larger towns (notably Amsterdam). Outside the larger urban areas, the situation is less of a problem. So when you park your bike, always lock it with two locks, namely the built-in lock on the back wheel, fitted to most rectreational bikes, and also an extra cable, chain or U-Lock that you should attach to the bike frame via the front wheel and then onto something solid like a lamp post or railing. All in all, you should remember the motto: “Ride it or lock it”. Another option is to leave your bike at one of the secure bike parking areas, which are usually found at the larger railway stations and near major shopping areas.
You can insure your rental equipment during your tour.
Share
Accept
This website uses cookies to save your search preferences on this website, thereby improving your user experience. In addition, we place cookies for measuring and tracking visitor statistics. By clicking Accept, or continuing to use this site, you agree with this.