Geography of the Netherlands 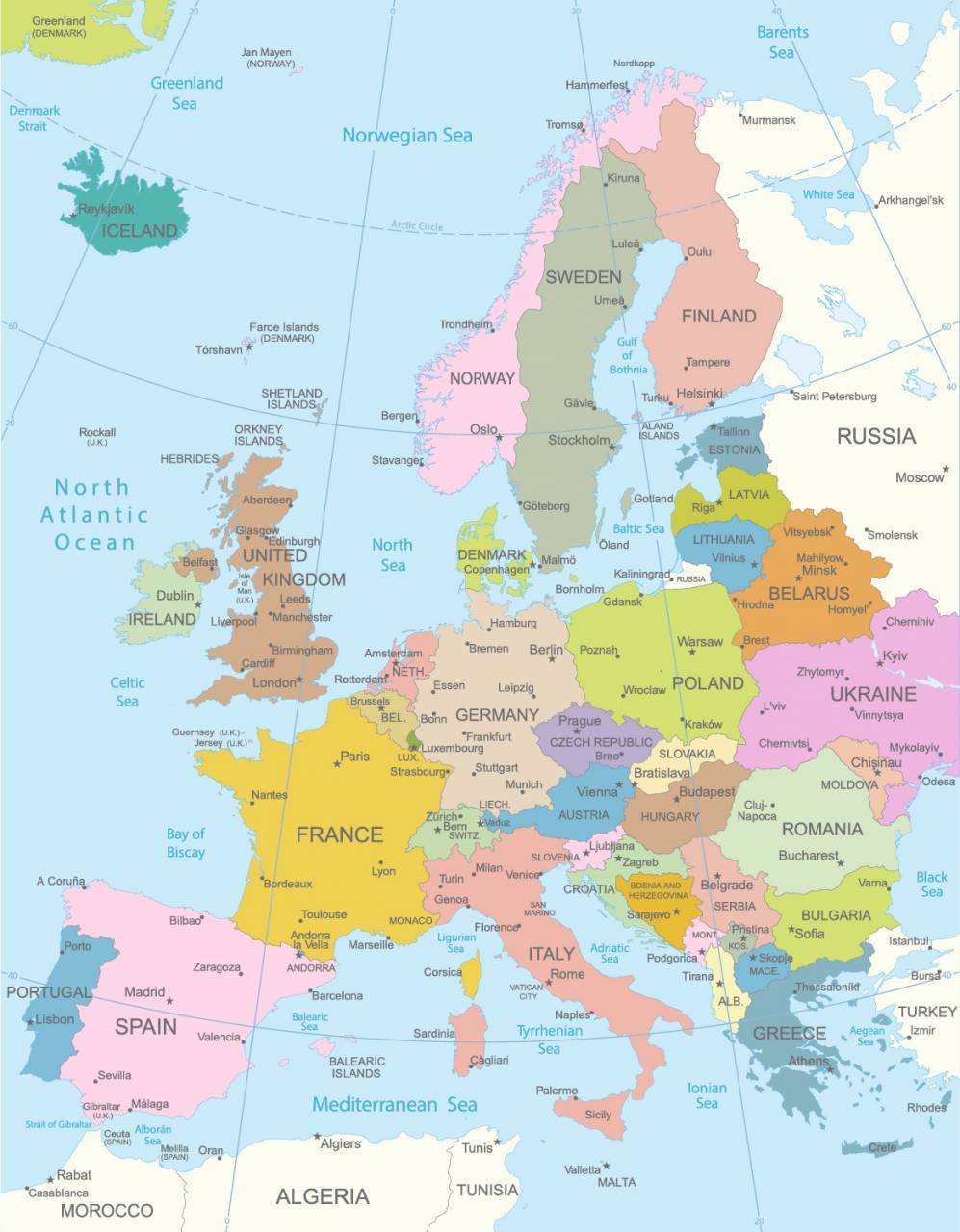 The Netherlands is one of the smallest countries in Europe and situated on the coast of the North Sea, in the western part of Europe. It is twice the size of New Jersey, about one sixth the size of New Zealand or the UK, and 4% the size of Canada.
It is the 134th largest country by area with 41,543 sq. km/16,040 sq. mi . The dimensions of the country are 360 km/190 mi (north-south) by 257 km/160 mi (east-west) and the coastline is 451 km/280 mi long. Therefore a Dutchman would describe a three-hour auto drive to the other side of the country as a long journey.

You will not find huge monuments or landmasses in Holland, but you will be impressed by the peace and tranquility, the charm of the countryside and the villages, and the diversity of landscapes. This guarantees varied cycling routes, every single day of your tour. The Netherlands forms part of the Great European Plain, and is predominantly flat. There are a few sand hills in the central part and a hilly area in the south-eastern province of Limburg where the maximum height is 322 meters/1,056 feet above sea level.

As the old proverb says: “God created the world, but the Dutch created the Netherlands”. For over 2000 years, the Dutch and their ancestors have been working hard to hold back and reclaim land from the North Sea. This continues to this day.
Behind the protective western dunes lie lowlands and polders (drained land lying below sea level). About 40% of the country's western area is below sea level, with the lowest point lying at minus 6.76 meters/22 feet. Crisscrossing the land there are many rivers, canals, and drainage channels that join up with each other. In some areas, waterways must flow inside embanked channels above the level of the adjacent land. The Rhine (Rijn) and Meuse (Maas) are Holland's two main rivers, and flow towards the North Sea through the delta area in the southwest. They reach the sea by way of numerous branches. With its waterways and windmills, this is the picture that people have when they think of Holland.

The Frisians who first settled the Netherlands began by building manmade hills (terpen), and also the first dikes to hold back the water. In 1287 the terpen and the dikes holding back the North Sea failed, and water flooded the country. A new inland sea called the South Sea (Zuiderzee) was created and covered former farmland. Over the next few centuries, the Dutch worked hard, gradually pushing back the water of the Zuiderzee by building dikes and creating polders (the term used to describe any piece of land reclaimed from water). Once the dikes were completed, the water was drained from the reclaimed land into canals, and kept dry.
After 1200, windmills were used to pump excess water away from the fertile soil; today most of the windmills have been replaced by electric and diesel driven pumps. Then in 1916, a great storm and floods gave the impetus for the Dutch to start a major project to reclaim the Zuiderzee. Between 1927 and 1932, a 30.5 km/19 mile dike ( the Afsluitdijk) was constructed, turning the Zuiderzee into a fresh water lake now called the Lake Yssel (IJsselmeer).

Large areas of the southwestern coastal province of Zeeland were flooded in 1953, when over 1,850 people were drowned as a result of a severe storm that was combined with high tide and caused many of the sea-dikes to break. As a consequence of this flood, the Delta Works were started – an ambitious, multi-dimensional plan, primarily aimed at the protection of the southwestern region of the Netherlands. Enormous concrete barriers with movable gates for controlling the sea and river water levels were built in the delta lakes and channels. After nearly 30 years in construction, the project was finally completed in 1986.

The famous Dutch dikes form a vital role in the efficient use of land. According to the American Society of Civil Engineers, the combined North Sea Protection Works is one of the Seven Wonders of the modern world.
Share
Accept
This website uses cookies to save your search preferences on this website, thereby improving your user experience. In addition, we place cookies for measuring and tracking visitor statistics. By clicking Accept, or continuing to use this site, you agree with this.