Your booking details will include more comprehensive and practical travel information for cyclists. 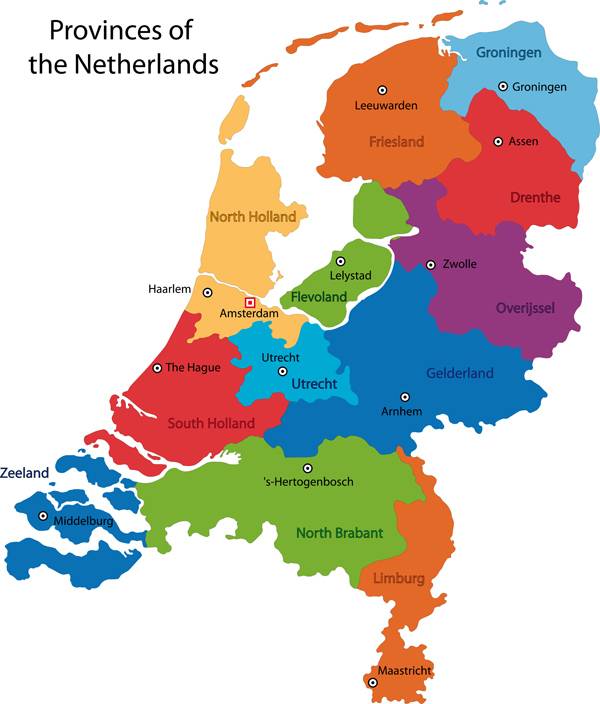 In most languages, including English, the term "Holland" is used as a synonym for the Netherlands. The Dutch are the inhabitants of Holland - not to be misunderstood with Deutsch, which means German. Calling the Netherlands "Holland" when speaking to Dutch people may raise a discussion about what Holland actually is. Officially Holland is a region within the Netherlands, consisting of two provinces (out of 12), namely Noord-Holland and Zuid-Holland.

Are you still there?
Some people living in the south-eastern province of Limburg may take offense if you call them "Hollanders". On the other hand, the Dutch tourist office promotes the entire country abroad as 'Holland'.
Moreover the national sports teams are referred to as "Holland". In most team sports, like football (soccer), the team is also referred to as Dutch or Oranje (orange being the national color, named after Van Oranje-Nassau, which is the name of the Dutch royal family).

… literally means “the low countries” in Dutch.
… is the world's third largest agricultural exporter, with only 0.008% of the world's area.
… was one of the six founding members of the European Community (EU).
… has the highest museum density in the world, with almost 1,000 museums.
… still has about 1,000 traditional working windmills.
… has as many as 300 castles in the country which are open to the public.
… always has a coalition government, which makes it a country of compromises.
… tulips are typically Dutch, although the first tulip bulbs were imported from Turkey.
… people there are the tallest in the world; average for men 184 cm/72" and for women 170 cm/67".
… about 25% of all Dutch babies are born at home.
… has an image where everyone smokes pot and wears wooden clogs but that is a stereotype.
… has the highest number of part-time workers in the EU.
… at its lowest point in a polder near Rotterdam is 6.7 meters/22 feet below sea level.
… people also eat salted raw herring with onion on top.
… people speak Dutch, while a minority language is Frisian, and English is widely understood.
… the capital of Amsterdam has 1,281 bridges.
… when your plane arrives at Schiphol, it lands 4.5 meters/15 feet below sea level.
Share
Accept
This website uses cookies to save your search preferences on this website, thereby improving your user experience. In addition, we place cookies for measuring and tracking visitor statistics. By clicking Accept, or continuing to use this site, you agree with this.